After one and a half years into the four-year project period, ECOTIP has managed to cope with Covid restrictions and has even been able to carry out all of its planned fieldwork including a research cruise and a stakeholder workshop in Greenland. The project has some interesting results to show and is proceeding as expected. 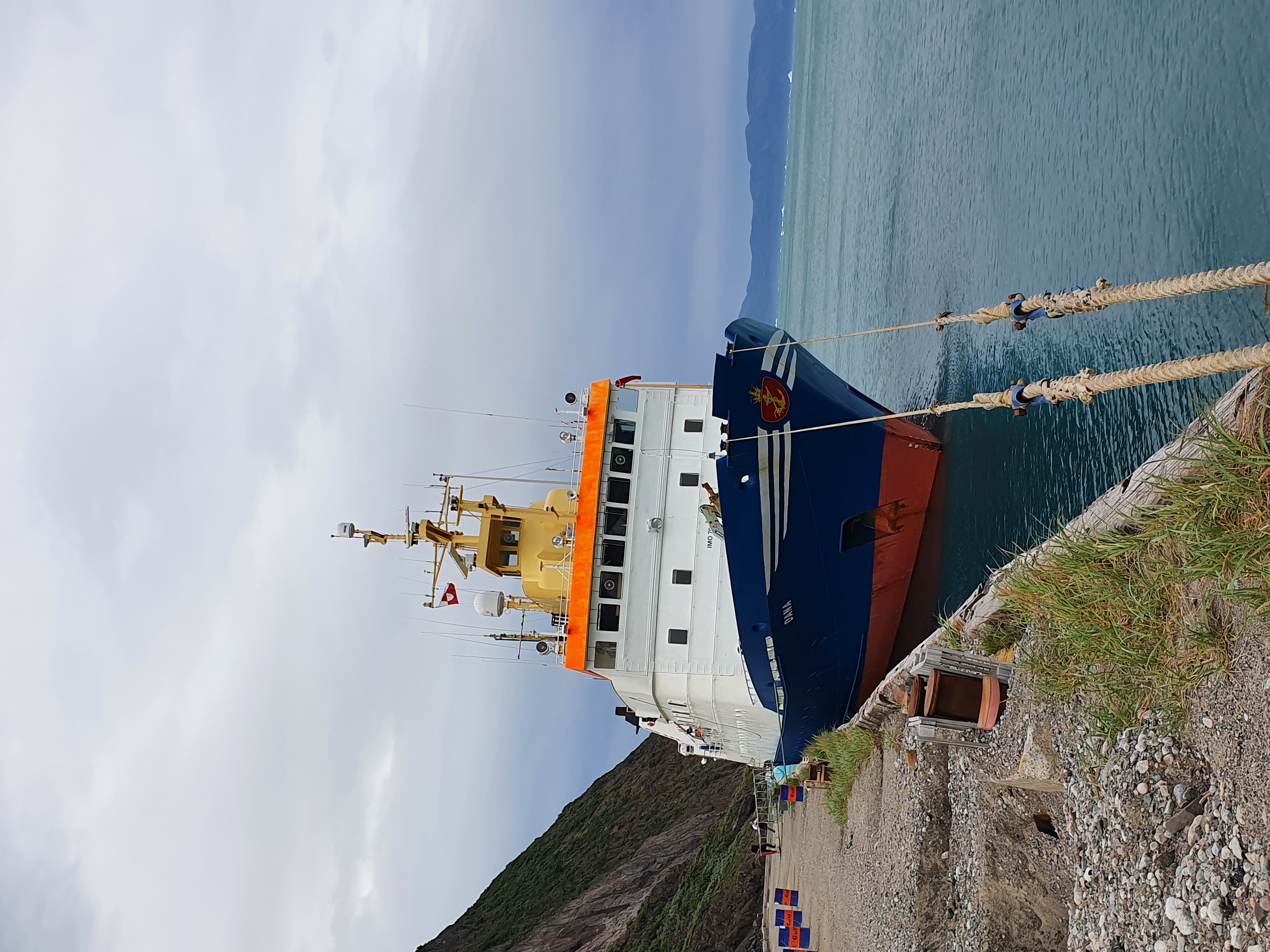 ECOTIP has identified central topics or ‘storylines’ that integrate the studies going on in separate work packages; set up task forces around central methods of the project such as Bayesian and trait-based models and organised a dedicated process cruise and stakeholder workshop.

The six storylines (focus areas for the studies) that have developed are:

2) Capelin as a trophic link

5) Socio-economics: Above surface vs. below surface

A large part of the first one and a half years has been dedicated to advancing the trait-based approach to the arctic marine biodiversity. Trait-based modelling has progressed on two fronts, a mechanistic approach focused on microbial traits and plankton communities (NUM modelling framework) and a statistical approach (Hierarchical Modelling of Species Communities; HMSC) for fish communities. Both approaches are meant to produce scenario-exploration tools, the usefulness of which would be tested against the requirements for addressing knowledge gaps and/or the requirements for management applications.

The first ECOTIP cruise conducted in July 2021 onboard R/V Dana focused on the north-south and offshore-onshore transects along the West Greenland coast, and included measurements of hydrography, water chemistry, phytoplankton biomass, microbial diversity and metabolism, biomass and community structure of zooplankton, benthic invertebrates and larval fish, measurements of vertical flux and metabolic rates of zooplankton, and sampling for paleo-oceanography. The cruise sampled at 25 stations, along five onshore-offshore transects between Nuuk and Disko Bay (Fig. 1). Although the samples are still being analysed, it was clear that the cruise was successful in, for example, measuring the different processes that contribute to biological pump, which can be incorporated into the Bayesian particle model. 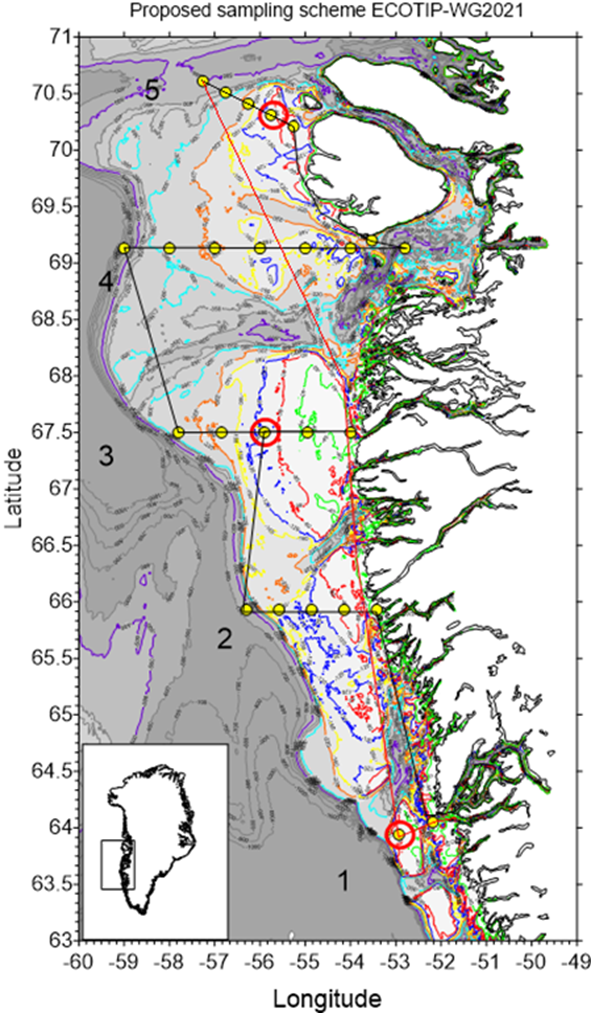 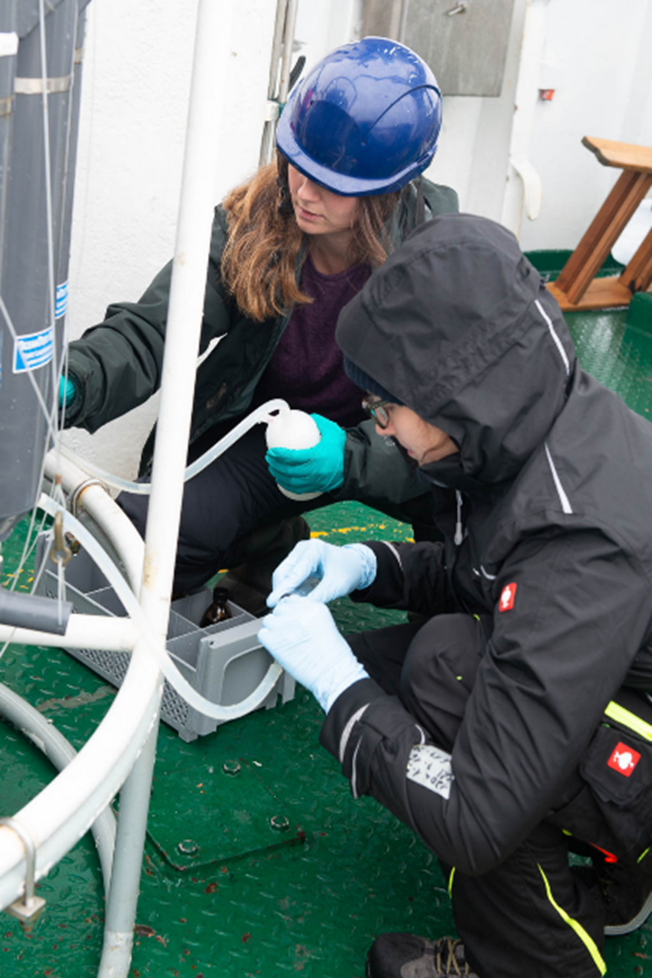 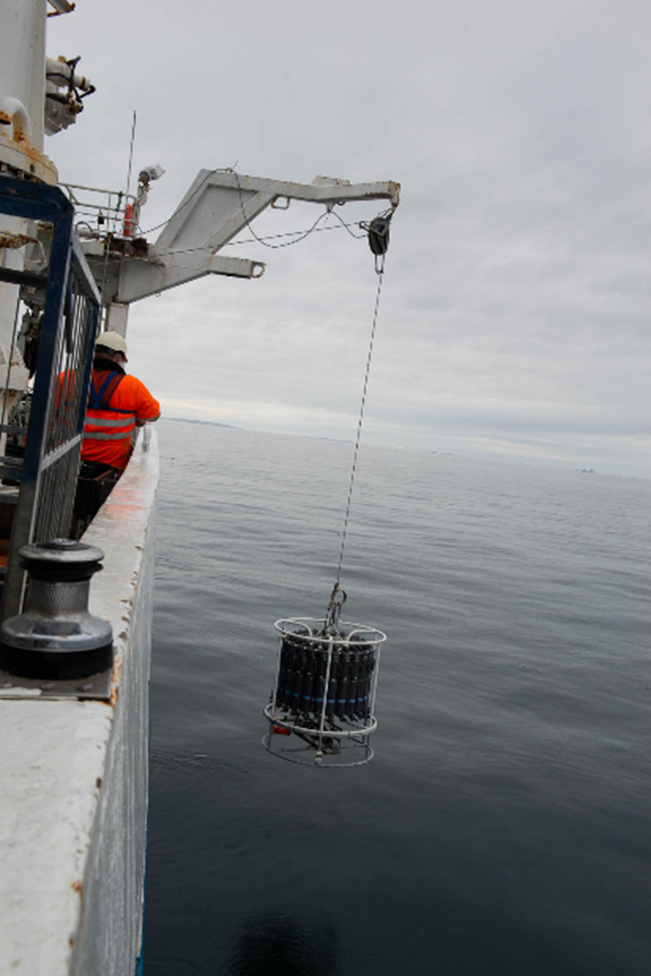 The main activities that were conducted are:

• Mapping the current biodiversity of Arctic marine ecosystem: The new insights on the trait composition of Arctic communities will feed on the trait-based models analysing the potential changes for the biological pump and fisheries production

• Investigating the vulnerability of marine communities, functions and ecosystem services to multiple climatic and non-climatic stressors, and determine their potential for ecosystem tipping points: ECOTIP conducted process studies, combined with different modelling exercises. A large part of this work was conducted on-board R/V Dana in July 2021. The cruise was particularly focused on investigating the pelagic-benthic coupling and biological pump. Once analysed, these results will allow a direct linking of the environmental forcing, community structure, benthic-pelagic coupling and the efficiency of the biological carbon pump.

• Using the analysis of functional (trait) diversity to predict changes in the local production and type of fisheries and changes in carbon sequestration: The work undertaken during the first eighteen months of the project has laid a basis for these predictions.

Advances in modelling the biological pump include:

• A unicellular trait-based model including an algorithm to compute biodiversity

• A 2-dimensional state-space model of coagulation and sedimentation

The modelling work that aims to predict regional shifts in fish communities under climate change includes:

• Bayesian model to investigate the climate-driven changes in capelin distribution

• Engaging in dialogue and co-creation of alternative governance structures and adaptation strategies for the local and indigenous communities, as well as industries and regulatory authorities: The first stake-holder interactions culminated in a workshop during Greenland Science Week in Nuuk in November 2021 and the first interviews with fishermen and fishing industry in Nuuk were conducted, focusing on perceptions of changing opportunities and governance.