ECOTIP will provide valuable oceanographic data and scientific expertise to the International Council for the Exploration of the Sea (ICES), an intergovernmental scientific advisory body used by fisheries managers, policy makers and other groups in northern and Arctic waters.

The Greenland Sea ecoregion, which includes both the open sea and shelf waters along the entire Eastern Coast of Greenland, is experiencing rapid changes due to the northward expansion of Arctic waters and freshening of surface waters and other changes.

Earlier this month, ECOTIP contributed to the second meeting of the International Council for the Exploration of the Sea (ICES) Working Group on Integrated Ecosystem Assessment of the Greenland Sea.

ICES is an intergovernmental marine science organization, which provides impartial evidence on the state and sustainable use of seas and oceans. The Working Group on Integrated Ecosystem Assessment of the Greenland Sea was set up in 2019 to measure the pulse of the ecoregion, including identify time trends, gaps in knowledge and research needs.

During this year's meeting, the group discussed updates to the 2020 Scientific Report based on new available data and research. Marja Koski, who coordinates ECOTIP, highlighted the project´s ongoing and planned research in the Greenland Sea, indicating which results could help the working group meet its ambitious goals. Several other researchers from ECOTIP, including Brian Mackenzie (DTU-Aqua), Jesper Boje (DTU Aqua/GINR) and Artur Palacz (IOPAN), also took part in the meeting, and will contribute to the updated scientific report which will be released in 2022.

Close collaboration between the working group and ECOTIP is ensured by Jesper Boje, who co-chairs the Working Group and contributes to the tasks on data access, dissemination and exploitation of project results in ECOTIP. Jesper also ensures a strong connectivity to the Greenland Institute of Natural Resources. 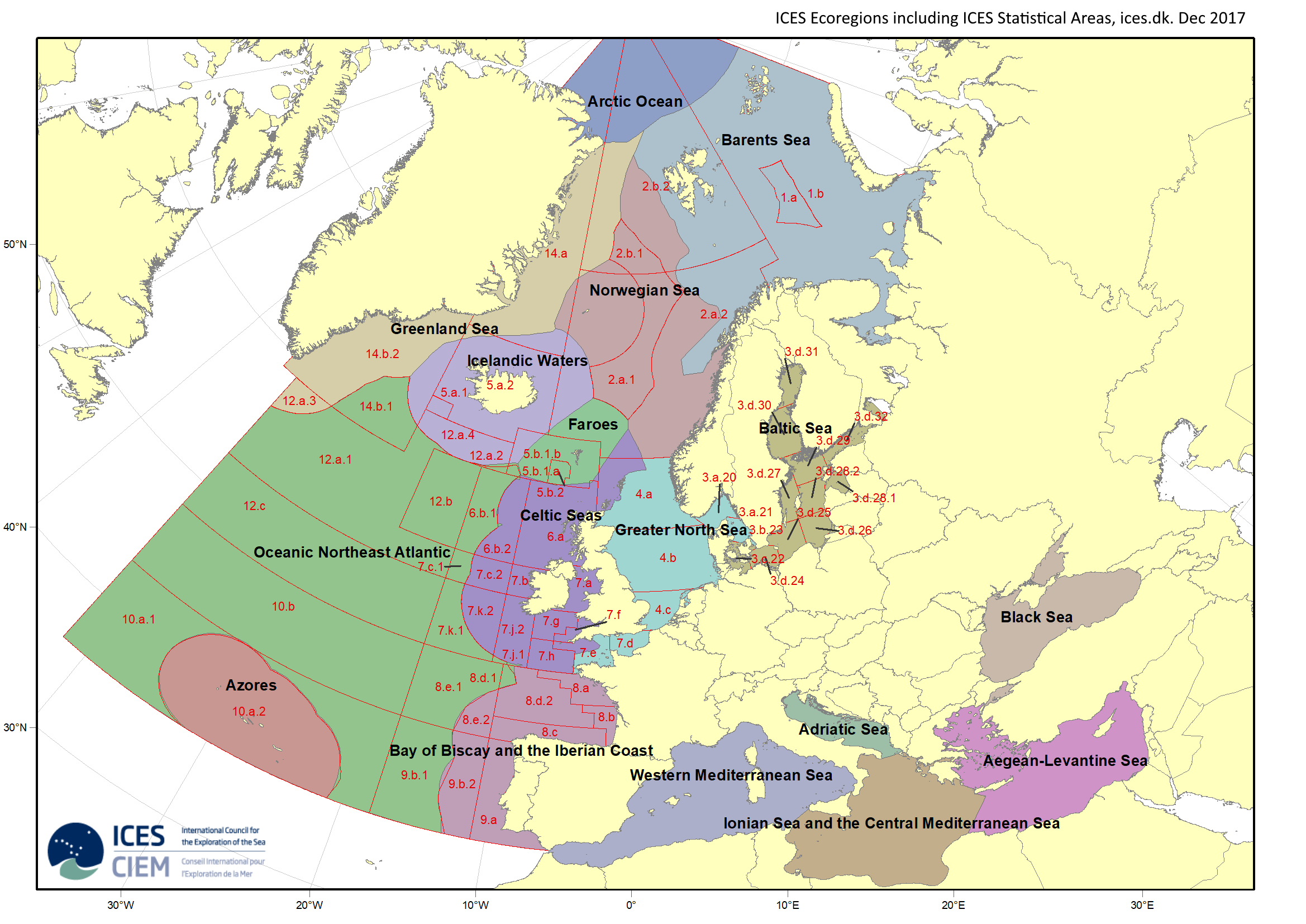 The ICES Ecoregions including ICES Statistical areas. The Greenland Sea ecoregion stretches from Cape Farewell in the south to the northern boundary of Kong Frederik´s VIII´s Land in the Fram Strait. Map source: ICES.